I recently made a couple of these large Mexican-ish casseroles for social events, and figured I’d share the recipe.

Optionally, make a smaller batch of peppers and onions and instead prepare a second vegetable filling, such as garlicky mushrooms and onions, or sauteed spinach and chard, or you could prepare any kind of savory Mexican-ish meat filling you would like.

To serve, slice the casserole radially, like a cake, lifting slices out of the pot with a pair of long spatulas and placing them atop a mound of rice.

A salad would be a nice accompaniment, or perhaps tortilla chips and salsa.

Elapsed time approximately three to four hours.
You can prepare the beans and vegetables in advance, or prepare and layer the entire casserole and keep it in the refrigerator for a day or two before baking. However, if you do this, you will need to bake for a significantly longer time to allow it to all warm through; perhaps an hour at 300 and then most of another hour at 350. 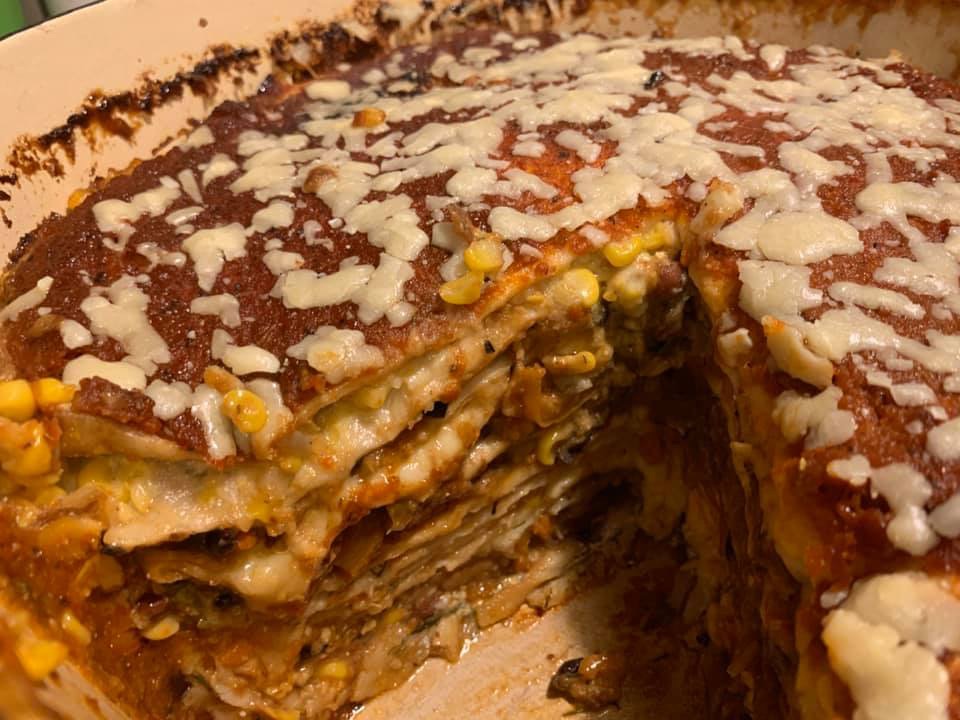